Skip to main content
Examples : Hotels, Restaurants, Activities
Home / Explore / The essentials / The trail of the half-timbered churches
-A +A

The trail of the half-timbered churches

The timbered churches and 16th century stained glass windows can be visited along a signposted replete with architectural jewels... Follow the arrows!

Who would have thought that there were fifteen villages possessing real heritage treasures in their midst, nestled south of the Lac du Der. Some are over 400 years old. In the middle of the quiet countryside these unusual churches are all open to visitors.

Beautiful both on the outside and the inside, we also invite you to immerse yourself in a mystical and ancient atmosphere. The peculiarity of these churches is the choice of materials. Wood predominates, with massive beams and frameworks that have stood for centuries, where smell of oak aged by time fills your nostrils and bring back memories hidden here and there in your mind like a forgotten story. The most astonishing aspect is undoubtedly the painted scenes, which do not get in the way the religious and cultural role of these buildings. 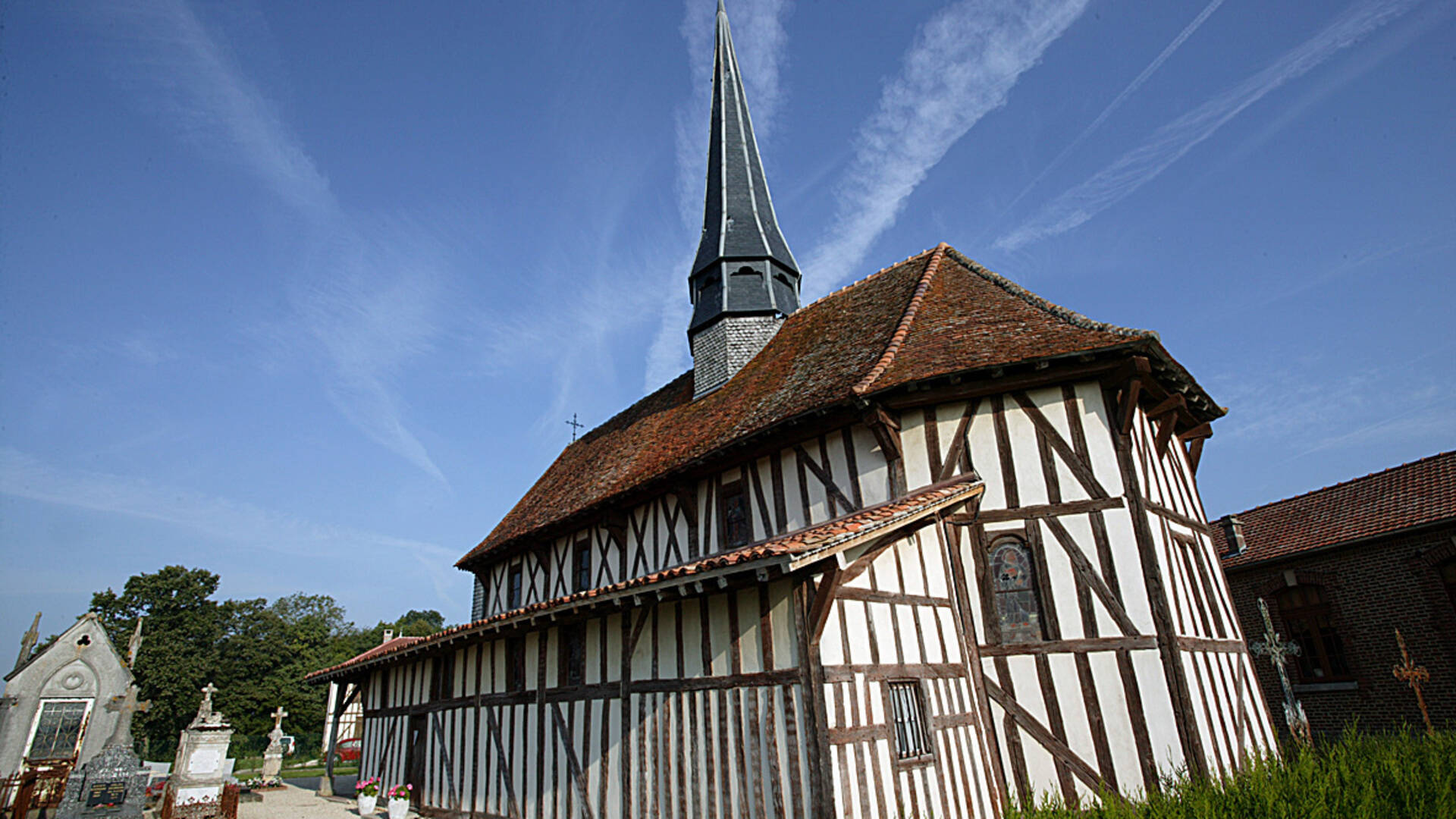 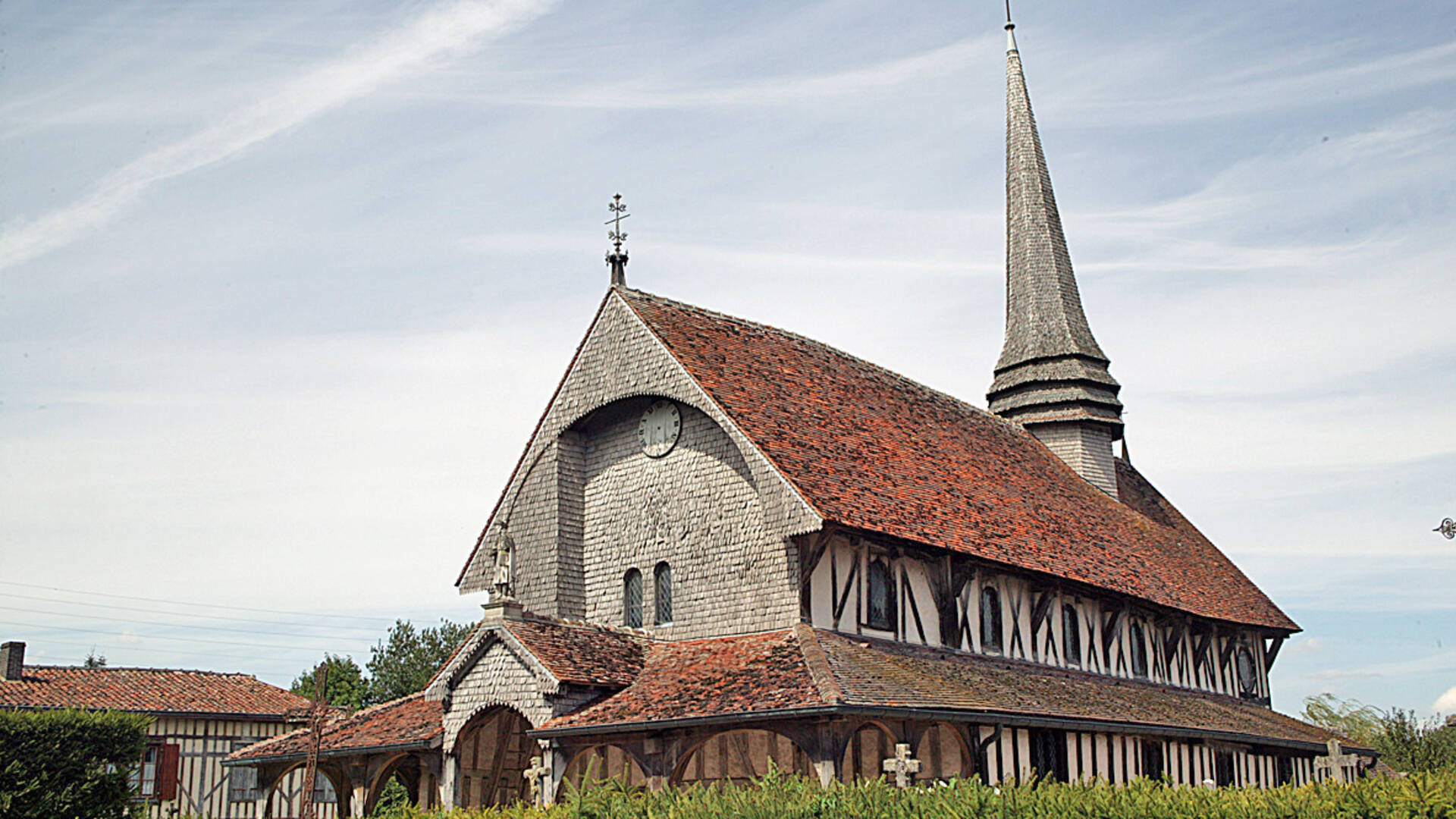 The church of Lentilles 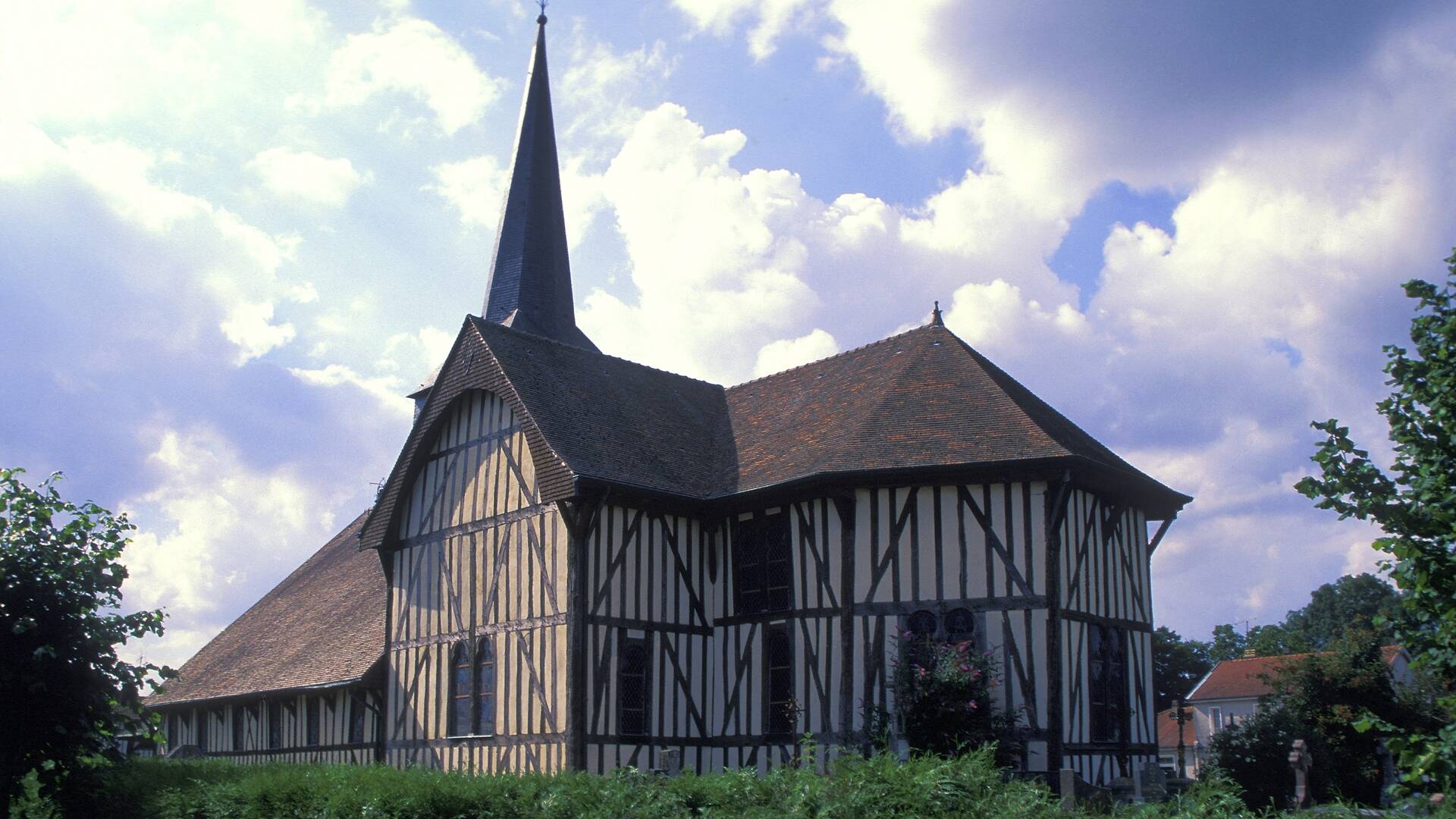 In these churches stone is the primary material. You'll appreciate the finery of the stonework and the high precision of the stained glass.

It attracts your eye as soon as you walk in. Some date from the sixteenth century and you'd take another four hundred years to see every last pane! In these noble works of art, the stained-glass craftsmen reveal every detail, the glowing colours shimmer in the soft dark of the nave, and photographers will delight in immortalising the light and endless contrasts. 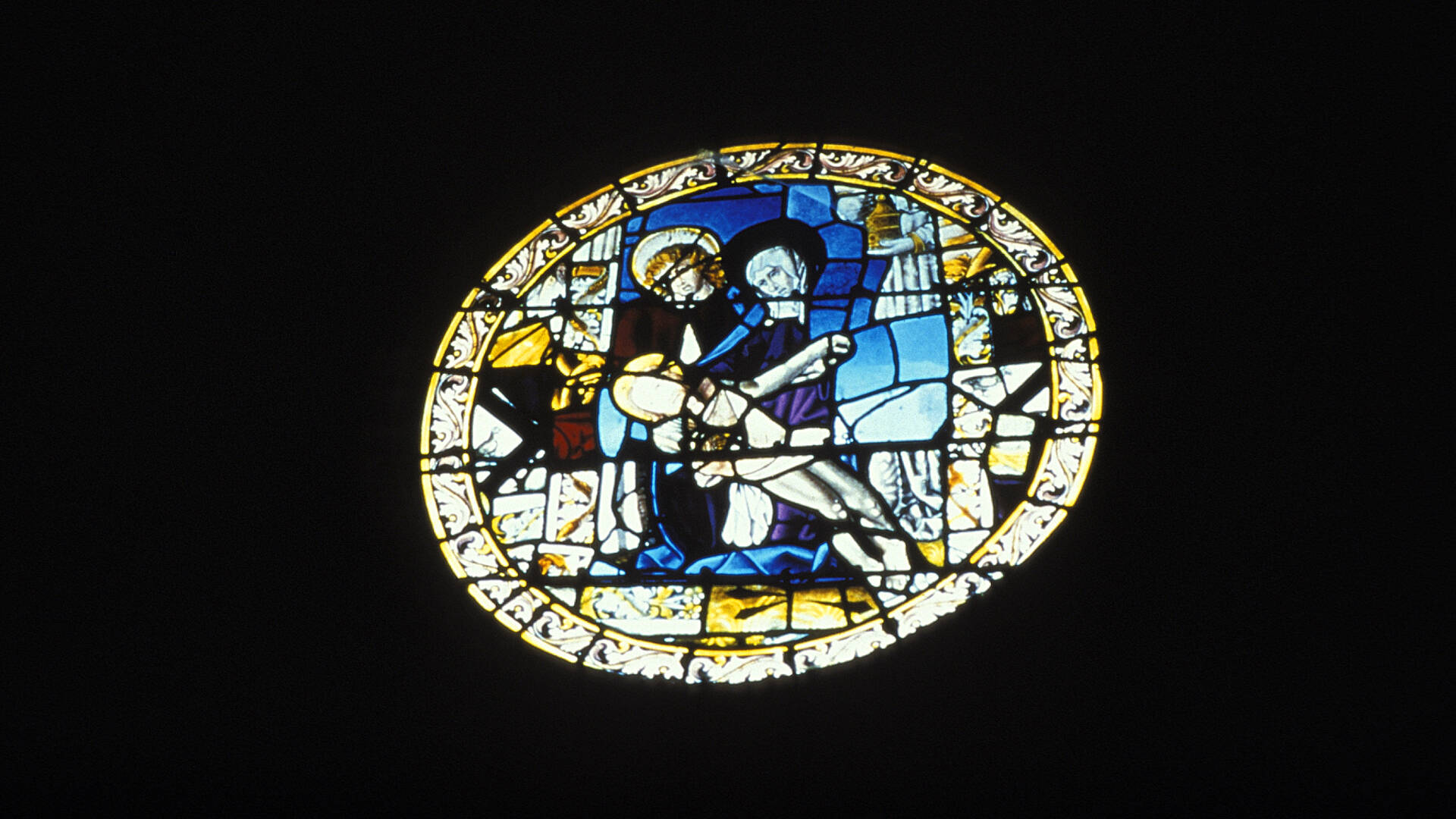 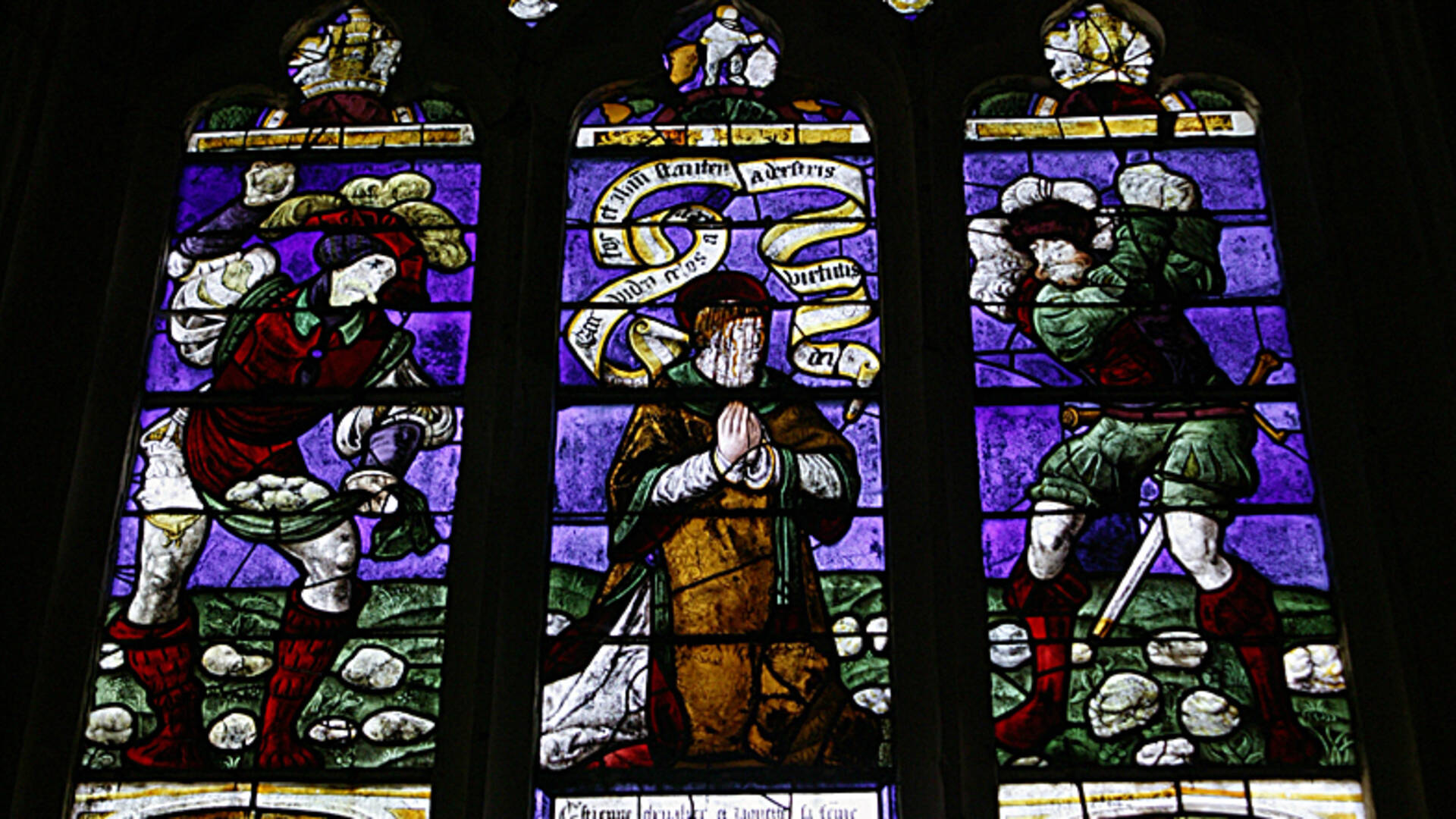 This half-timbered church is special indeed. Located at the northern end of the lake, in the Der Village Museum at Sainte-Marie-du-Lac-Nuisement, it is in fact a vestige of the past, and the centrepiece of the museum.

Formerly on the square in the village of Nuisement-aux-Bois, it was dismantled when the village was submerged by the construction of the Lac du Der.

To know everything about the history of submerged villages, a visit to the Der Village-Museum is a must!

Take the trail of timbered churches and 16th century stained glass windows by car or by bike, immerse yourself in an adventure full of history and surprises.

Practical advice: If you are pressed for time
An hour at most? No worries, visit just one of these buildings. Believe us, the place will still work its charms on you!
In the so-called "half-timbered" architecture style, the timber sections constitute the structure of the building. They can be hidden or visible, both outside and inside. The filling between the beams is often made of mud to provide thermal insulation. One advantages of half-timbered constructions are a modular and transformable structure, allowing them to be easily dismantled and reassembled. 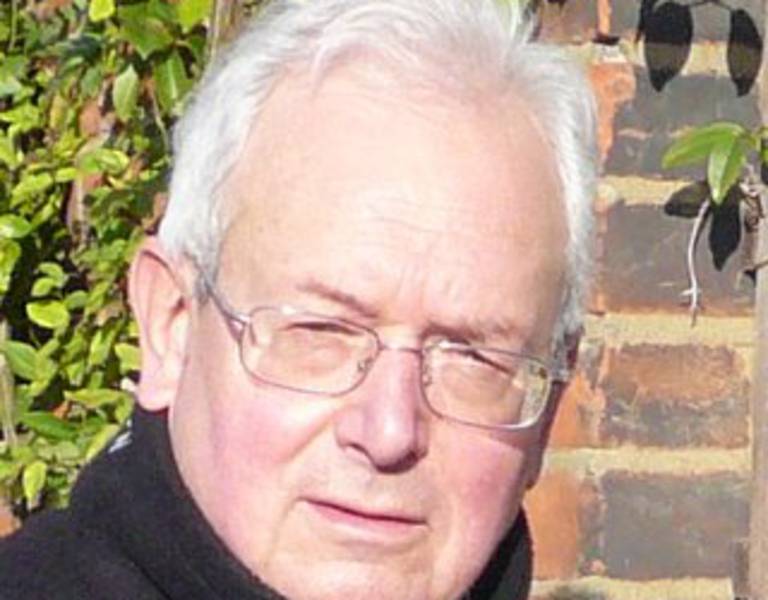 The Amis d'Outines society, and his church

Why is it so interesting to discover the trail of timbered churches and stained glass windows?​
"Travelling the trail of timbered churches offers visitors the opportunity to discover the Pays du Der in a different and original way, particularly paying attention to the wealth of architecture to be found in the churches, houses and farms with their square courtyards, dovecotes, and the barns, which were the first kind of building to be constructed in the half-timbered style.

You'll also get to appreciate the skills of the master glassmakers of Troyes, who made most of the windows that visitors will discover, in the sixteenth century."

Why was this half-timbered architecture used?​

"It was above all a question of available materials, cost and speed of construction. Most houses were half-timbered, as the only construction material available in the Der region was oak ("Dervos" in the Celtic language). When it was necessary to build larger buildings such as barns and churches, the main reason for the use of the timber was a question of economy and speed of building."

Why did these villages decide to keep their wooden churches when so many others replaced them with stone?​

"Some historians suggest that they were temporary constructions, as in Vitry-le-François, where the church was first built in the half-timbered style before being replaced by the stone church that stands there today. In other villages the population opposed their replacement, as here in Outines. But it is recognised today that some of these churches were not considered to have been temporary at all, but that the wooden frame was preferred for aesthetic purposes and with long-term use in mind."

Stay up-to-date from our news, photos...

Your browser is out-of-date!

Update your browser to view this website correctly. Update my browser now